Too little too late.

Dirk Niebel (German minister of Economic Development) likes this.
Parrot: For me this is evil. 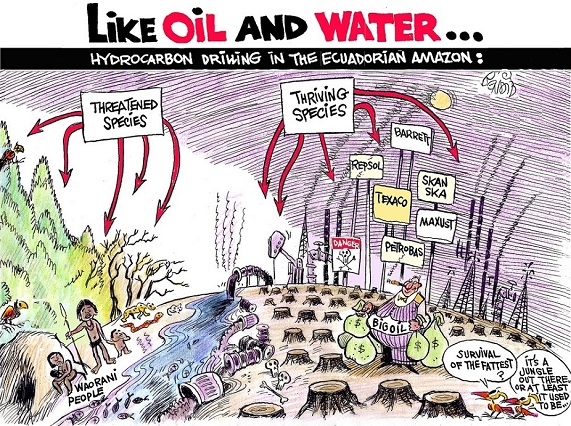 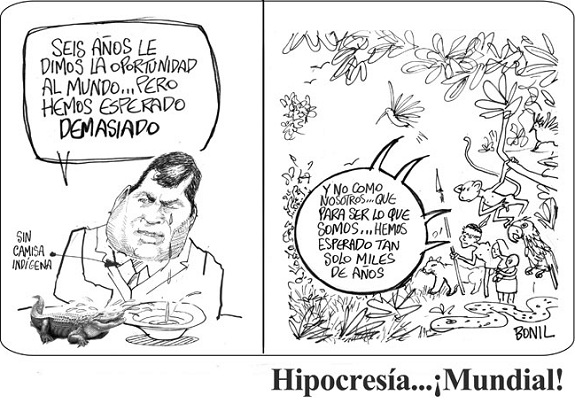 For six years we gave the world an opportunity ... but we have waited long enough.
(No native shirt -->)
Not like us ... who in order to be who we are ... have only waited thousands of years. 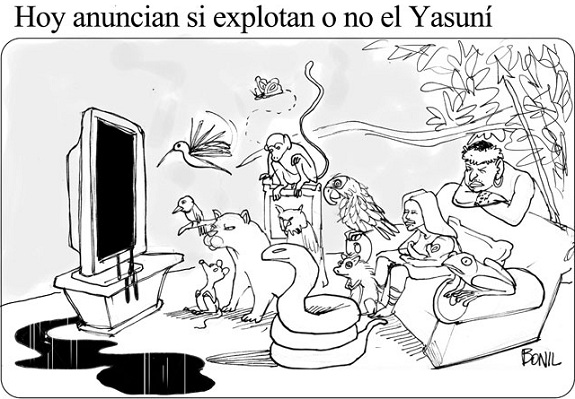 Today's announcement to exploit Yasuni or not. 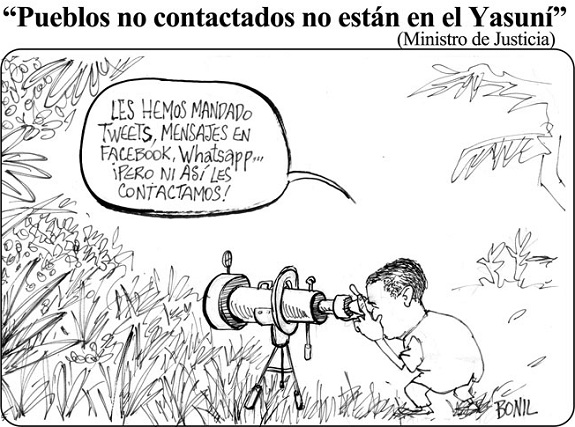 "Uncontacted peoples are not in the Yasuni." Equador Ministry of Justice.
We sent Tweets, Facebook messages, Whatsapp ... but they never got back to us!

See: Gwynne Dyer: Another defeat for the environment, August 22 2013; Yasuni National Park; Yasuní-ITT Initiative; and the Huaorani aka Waorani aka Waodani aka Waos native people living there. 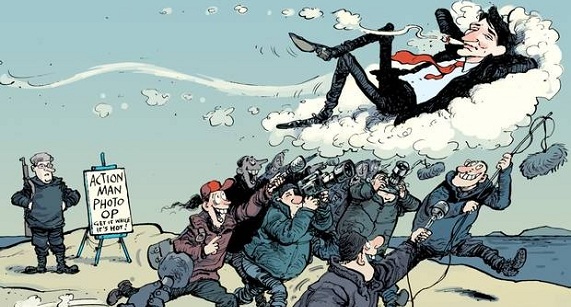 Canada is categorically confirmed as 'The Great White North' (Eh?):

And if that don't convince ya, try:
Half of Canadians say government snooping 'acceptable': poll.
Majority of Canadians want to loosen marijuana laws: polls.
(Just the headlines will do.) 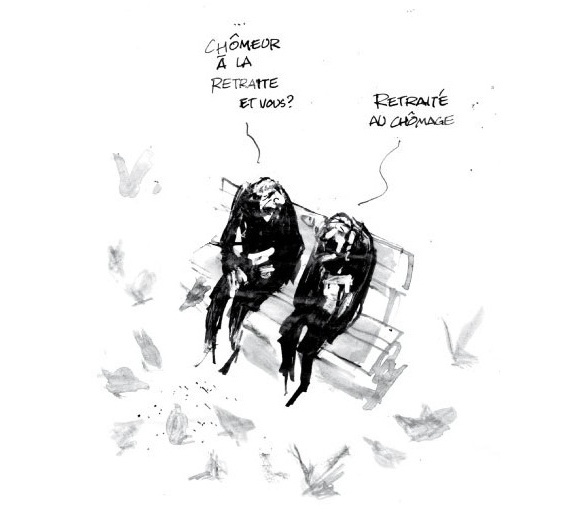 ... unemployed in retirement, and you?
Retired to unemployment.
(Above: Adel El Siwi and Ayana Vellissia Jackson.)

[Thanks to Brently & Peter for the photo.]